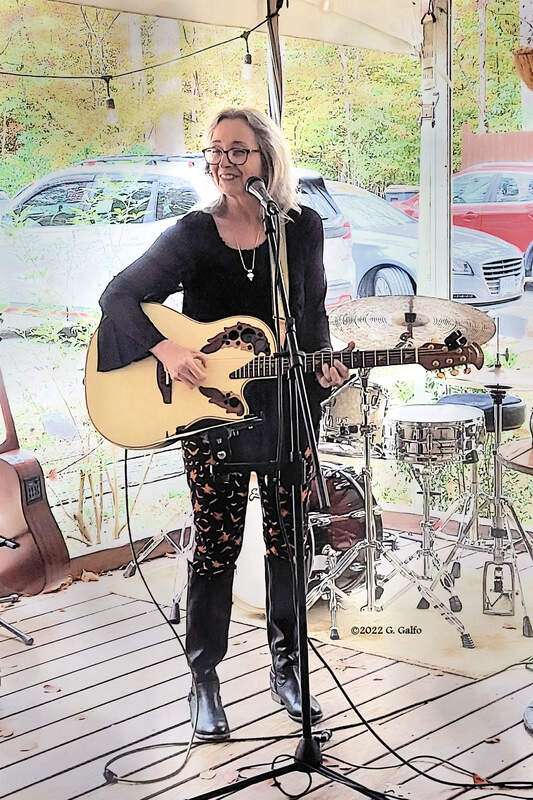 At the age of four, Virginia Wagner became fascinated with the guitar. Listening to her parent’s records, the music of Ian and Sylvia captivated her imagination; at age eight, she commandeered her mother’s nylon-string guitar and began her journey. She began performing at 13, and continued to learn from the masters, among them the Nobel Laureate Octavio Paz, whose poetry inspired her early writing. Always seeking to expand her knowledge-base, Virginia earned a BA in Fine Arts/Music from Fairleigh Dickinson University.

Virginia Wagner was a participant in the New York City music scene in the 1990s, playing clubs like The Bitter End, Kenny’s Castaways, Lonestar Roadhouse, CBGB’s Gallery, and Sin’e, where she first met and became friends with Jeff Buckley. It was during those years Virginia would look up and see famous faces in the audience; one night, Sinead O’Connor stopped by to listen, and another night, Joan Osbourne attended.

In 1994, Virginia founded and registered the name Anvil Records (USA) with the State of New Jersey and released her first album, Broken Hearted Angel. It was immediately embraced by folk radio DJs including the late Gene Shay, co-founder of the Philadelphia Folk Festival, and “Dean of American Folk DJs,” was a vocal supporter of Virginia’s music and had her on his WHYY radio show several times. John Weingart, host of the long-running radio show, Music You Can’t Hear on the Radio (WPRB-Princeton) called Broken Hearted Angel “one of the most interesting albums he played that year.”

Darkness Visible, Virginia’s second album, was released in 2007 on Anvil Records (USA) with Executive Producer Gregory Galfo, who noted “Darkness Visible picks up where Broken Hearted Angel left off. The songs are verbal/musical landscapes that examine the complexities of love and everyday life. She stands on solid ground with this body of work.”

Today, MP3s and music streaming are the most prominent music delivery platforms, and Virginia has been releasing singles in those formats. She is currently writing new songs and plans on dropping her third album in 2023.

Having returned to the stage, Virginia Wagner is mesmerizing yet another generation of new fans!